Western Australia has the potential to join the ranks of the UAE, China and major Europe centers when it opens a new indoor ski center, according to developers. Details about the new facility are scarce, but it is understood by Snowriders Australia that developers are looking for a 12 hectare site close to Perth with a slope at least 400 m in length. The center which will augment Perth’s existing tourism attractions, is expected to be supported by Western Australia’s active population, a significant portion of which regularly travel east or overseas to ski/board, according to the website. 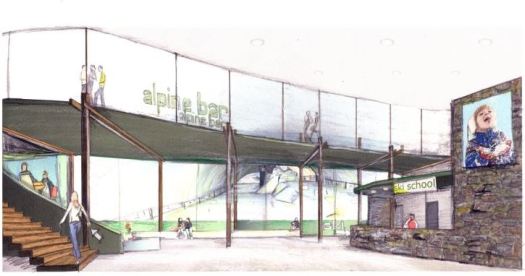 Image: view up the slope from the proposed foyer (West Coast Snow Park)

Although unlikely to match the opulence of facilities such as Ski Dubai, West Coast Snow Park will apparently be innovative, funky and highly practical. Images on the website provide a tantalizing peak at the new facility which appears to consist of two slopes: a near-flat beginners area to the left, and a more significant 1 in 4 slope (25% gradient) to the right, complete with a terrain park. “The center is being designed to maximize the skiing and boarding experience for everyone from first-timers to fanatics”; say the developers. 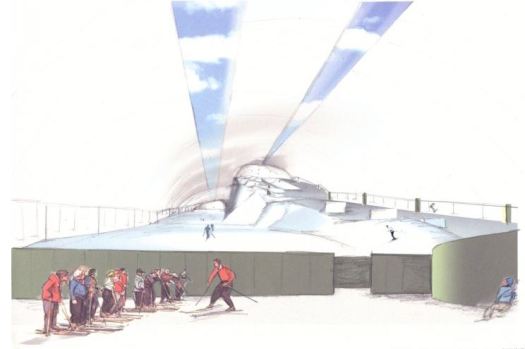 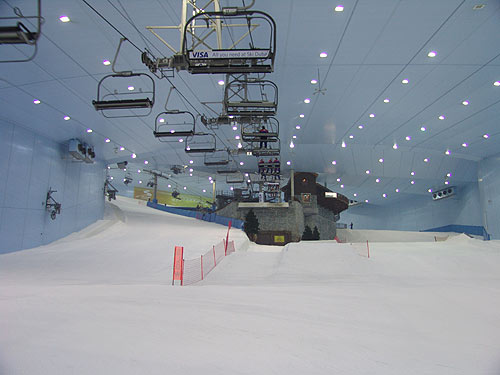 However, despite commencing plans in 2005, its developers are yet to follow through with plans, citing issues with energy costs as the main barrier to commencement. In the latest update, published in December 2009, the facility has unfortunately been mothballed indefinitely, pending the development of affordable ‘green’ energy, with the developers ‘unable to predict when this will happen’. * everyone collectively cries* 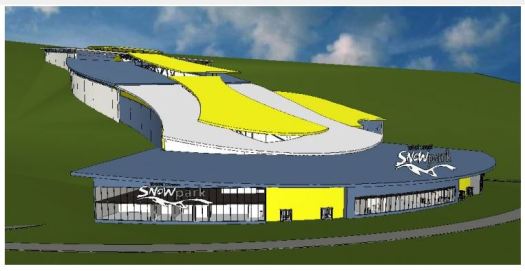 “Concerns over carbon emissions and energy consumption have put the development of an indoor refrigerated facility on hold, pending availability of viable green energy sources”; say the developers. “Rather than delay the entire project, the decision has been taken to modify the project to commence with a ‘Stage 1’ outdoor facility, using one of two possible synthetic surfaces”, they add further.

In an update provided in 2009, the developers of West Coast Snow Park advise that “more information will be provided soon”; however, nearly 10 years later, Snowriders Australia (and all our followers) are none the wiser and still gagging for news.

So PLEASE PLEASE oh kind developers of West Coast Snow Park – put us out of our misery and provide us with more news, as ALL our followers REALLY want to see this to succeed. 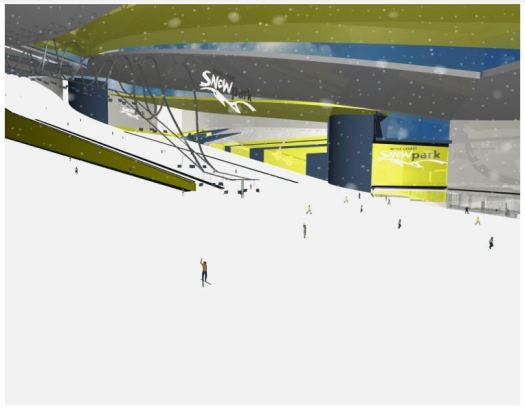 8 Replies to “An indoor ski facility for Perth?”