Nestled in the mountains just 89 km from Christchurch on New Zealand’s South Island, Porters ski area is a great option for those with slightly less time, or for days when Mt Hutt is closed due to weather – and let’s face it, that’s pretty damn often! We first visited Porters in July 2008. The drive from Christchurch to Porters (4 hrs) was spectacular, as is most of the South Island; the vistas and mountain scapes of ‘middle earth’ were certainly something to behold! The drive up the mountain was testing for us (even with snow chains) and we rued the decision not to hire a more capable vehicle (we were in a front wheel drive Ford Mondeo). Without any barriers on the side of the road, the drive up (and down for that matter) was pretty scary. 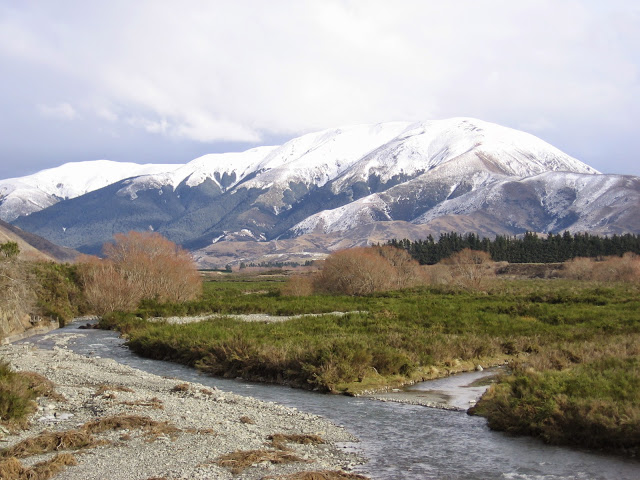 The Porters ski area was surprisingly varied, with a good mix of groomed intermediate to upper intermediate terrain (in fact some of the best I’ve seen on the South Island). The intermediate terrain was good to very good, but not excellent. I would have rated it higher if it was (a) a little wider and (b) there wasn’t a terrain park through the middle of the course. This was a little off putting and obstructive as it prevented me from making the super large radius turns I wanted to – the type where you turn only for the sake of the carve, and not to bleed off speed. However, to be fair this was perhaps made more disappointing given I was riding a new pair of 165 cm Fischer RX9s.They only wanted to go fast!

Although the highest lift point was not accessible on the day, the middle-upper terrain (which was steeper) was also good to very good. However, the snow was snotty and was not groomed. I found it heavy going on my Fischer skis and didn’t spend a lot of time up there – preferring to spend more time down low on the flatter intermediate terrain. More modern ‘all mountain’ or even wider skis would have excelled in the conditions.

Lunch was taken on the mountain from a little kiosk in the main resort centre – in fact, the only resort centre. I can’t remember what it was like except to say it was edible. Simple, but did the trick when all we wanted to do was get back out on the hill.

Porters ski area was good fun, and impressive for a small non-commercial ski area! We recommend it. We weren’t able to ski the entire resort; however, on a good day, I’m sure the resort is magnificent. On the drive out, for example, we viewed some ares of wider and ‘steeper’ terrain just to the side of the resort (and probably just outside the resort boundaries). These areas – which were clearly accessible from the higher areas of the resort – would likely be fantastic on clear day after a descent fall of snow. We all agreed that the walk out from the bottom of this slope (maybe 20 min) would have been worth the effort. Maybe next time.

Terrain: varied with a good mix of interesting terrain (7.2/10)

Accessibility: ok, but roads are unsealed with no side rails = scary (3/10)