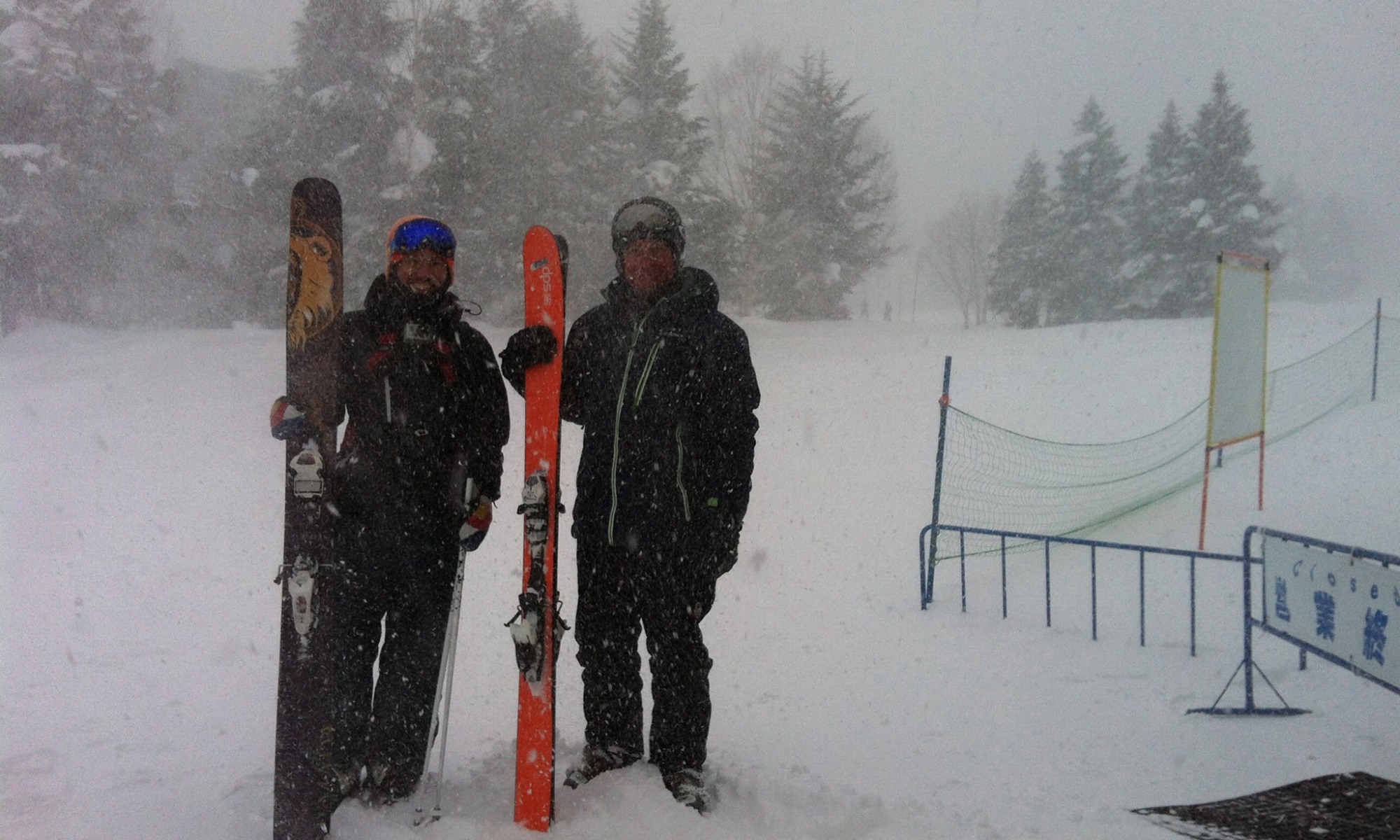 Area Review (by A Spittle):

The Japanese ski resort Shiga Kogen lies on the main island of Honshu and is the largest and highest ski resort in the country. Shiga Kogen has a whopping 54 lifts over 21 different ski areas that cover 607 hectares of Japanese skiing heaven.

Although Shiga Kogan only gets around 10 metres of snow per season, its 2300m elevation it means that the snow quality on its upper slopes is generally better than other lower ski resorts in the Nagano prefecture. .This also ensures that Shiga Kogen has a comparatively long season that runs between late November to early May.

All of this adds up to a top rate resort with a good range of terrain and ski conditions, which is what attracted the organisers of the 1998 Nagano Winter Olympics to base their Alpine Slalom and Giant Slalom on the mountain. I can verify that these runs were both challenging and awesome fun!

One of the quirks about Shiga Kogen is that three of the runs are off limits to snowboarders (Okushiga Kogen, Kumanoyu, and Yokoteyama). So depending on how you view the bans, it can be a feature, or a pain in the butt. But there is so much terrain on the mountain, you would be lucky to come across these areas, in fact as it is such a massive mountain, the main challenge is not getting lost!

This leads me onto my next point, if this is your first visit to Japan or even Shiga Kogen, I would suggest hiring a ski guide for at least your first day. I booked a day with Nagano local Kaz Sekiya from Ski Nagano, a born and raised ex Japanese ski racer, who took me straight to the best runs on the mountain, and ensured I made the most of my visit.

Kaz also found many of the powder stashes in amongst the trees and runs to test my powder skills (which were lacking!). Now that the off piste skiing rules at Shiga Kogen have been relaxed a bit, the already massive ski area is that much bigger again.

Rating: 8/10:  Terrain: You can find a run to suit any ski level. We were only there for a day, but on that day snow quality was better on the upper slopes, and bit sloppy (relatively) on the lower levels.  We enjoyed the Yakebitaiyama area (as a whole), and particularly enjoyed the Nagano Olympic runs. Fast and fun.
Accessibility: (9/10): 50km north East of Nagano, which is 250km from Tokyo Regular bullet trains or Shinkansen’s run daily from Tokyo, then buses service the mountain with the trip up the mountain taking around 1 hour and 25 minutes. Alternatively you can drive from Tokyo in 5 hours.
Food: (8/10): There is no village in Shiga Kogen, accommodation is provided by three large hotels with various restaurants, which have very nice Japanese food available.