A trip to Gulmarg is an amazing and unforgettable experience. However, pulling the trigger and actually deciding to go is not an easy decision for many, especially since there isn’t a lot of information about Gulmarg.  As they say in the classics, a picture is worth a thousand words, especially when the pictures are ‘moving’.  So, our friend, Matt Appleford, at The Adventure Project has kindly gather together some of the most interesting Gulmarg videos available online.

The list is by no means exhaustive. There are many more films and short clips out there that cannot be accessed online, but you’d have to download or buy the complete movie (not a bad thing!).  We’ve made reference to some of those later on. This is just a list of the clips we’ve enjoyed watching the most. If you know of more, please add the links in the comments section; we’d love to hear your thoughts.

I have to put this video first as it was the first major ski movie segment to be filmed in Gulmarg way back in 2006.  I have only seen this segment a few times now, but it’s a classic and it probably put Gulmarg on the map for a lot of people. It’s shorter than the Warren Miller clip filmed the following year, but it still has a lot of great footage and most importantly, it has a lot of soul! It’s great to see early footage from Gulmarg and see how the place has changed. 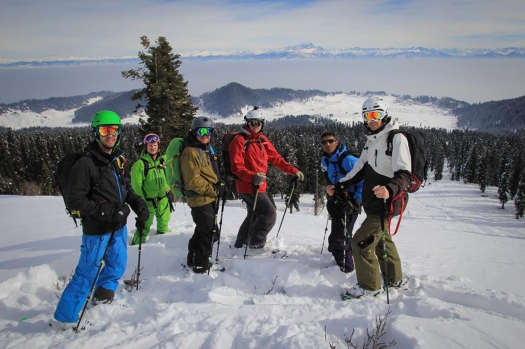 This is a great video that documents a couple of the Salomon free ski guys working with the newly established Kashmir Heliski. The skiing is great and the cinematography is top notch. It’s not all heli-skiing so you get to see plenty of resort-based skiing too. It’s probably my favorite Gulmarg video of all time. They definitely had some great conditions when they filmed this segment.

This is the film that really put Gulmarg on the map for me. This is the footage from the Warren Miller “Off the Grid” (2007) movie and it really captures the essence of a trip to Gulmarg. It’s not in HD (the only drawback) but you get to see some great skiing, plenty of the mountain and you get a real insight into the Kashmiri culture and the people. If this doesn’t make you want to go to Gulmarg, then I don’t know what will. 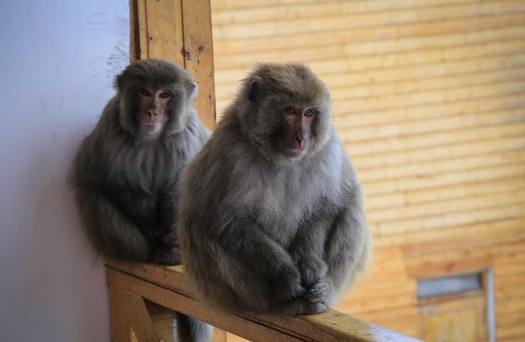 This was filmed back in 2009 and again, is a lower resolution clip, but it’s an awesome clip as it really captures the scale and magnitude of the runs in Gulmarg. All these are runs easily accessible in Gulmarg, right from a gondola. None of this was filmed from a heli. If you’ve never seen how expansive the terrain is in Gulmarg, how long the runs are and how good the snow is, then this 3 minute clip is well worth watching. Plus the music is pretty funky! Roaw!

If you want a beautifully filmed clip, with great story-telling and imagery, then you can’t beat the Skier’s Journey episodes by Jordan Manley. This is a lovely video and tells a great story, even though the crew experienced relatively poor conditions and a sketchy early-season snowpack. They made the best of a tough time and the result speaks for itself. If you use your imagination, you can always have a good time (and stay safe!). 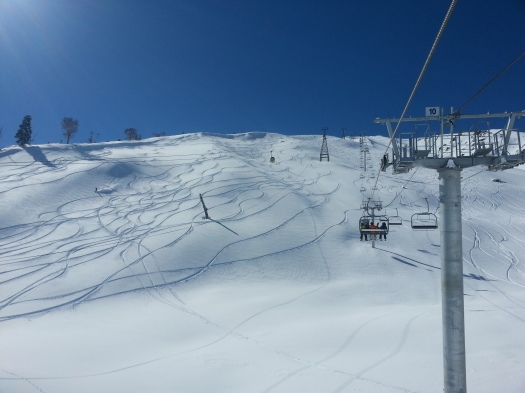 Path of Roses – A Film with Eva Walkner and Katharina Schuler from the SALEWA alpineXtrem Team (24:46)

The nomination for the sexiest voice-over in a ski move goes to….. Yes, you definitely have to get over the over-the-top narration but once you get past that, this is a great video that is very informative and is well-produced. It is quite long at 24:46 but for Gulmarg fans, its well-worth watching. The film follows the adventures of female Euro skiers Eva Walkner and Katharina Schuler.

A well-produced, short and sweet clip of the girls from the Team Fiat Freeski team shredding Gulmarg. It’s a mixture of heli and resort, with some nice cultural smatterings thrown in for good measure.

This is a really informative documentary-style video made by a couple from Australia on their first visit to Gulmarg. They give a lot of useful advice and recommendations for the first time visitor. It is long at 19 minutes, but you will learn a lot about Gulmarg if you are specifically after intel on the place. There is some good tele-skiing and the production value is high, as well, and you get a great look at the terrain in Gulmarg. I like the video, overall it’s really good although I think that some of the information  is incomplete. There are ways around some of the problems they encountered but they don’t tell you about that. For example, they do tell you that you might spend a while queuing if you are purchasing individual lift tickets each day (which is the cheapest way of buying lift passes in Gulmarg), which is definitely true, but if you want to avoid situations like that, all you need to do is purchase a weekly pass and then you bypass all of those queues. Again, that is where it is useful to have a guide in Gulmarg (which they also do recommend though). I do enjoy their positivity overall and they are a great example of people with the right mindset whom a trip to Gulmarg would appeal to.

The Ski Sunday crew from the UK, visited Gulmarg back in either 2007 or 2008. This is another documentary-style video and has a lot of useful information. These were early days for Gulmarg though and you will find a lot of changes since then (most notably the improved reliability of the gondola, the reduced military presence and the upgraded airport in Delhi). It’s great to see how far the resort has come, every year the infrastructure improves and the operation of the mountain gets a little better. I really enjoyed part 2 where we meet Dave Watson. Dave is an amazing skier and world-famous climber. I skied with Dave back in 2008 (my first visit to Gulmarg) and I love his honest account of skiing in Gulmarg. It’s very refreshing!

A new Euro ski clip recently released. It’s short and sweet and has some nice skiing and shows plenty of good snow and terrain, part heli and part resort.

Another all-female cast, plenty of heli and resort action with a decent amount of Kashmiri culture on display too.

I’m potentially a little biased in my nomination of this series (there are 4 parts, 3 of which are on EpicTV, they should be pretty easy to find) as The Adventure Project guided the Soulryders film crew when they filmed this series. The series focuses on the people that make the place so special and has some of the best culturally inspired footage and interviews. The skiing is great too, with some nice resort pow (and nice jibs) and big mountain heli turns.

Filmed in 2015 by Robin Lee, this is a nice short video that features a variety of snow conditions. I remember this season well as I was there at the same time and experienced the same conditions with our groups. Robin had just won one Level 1’s ‘Filmerunknown’ in 2014 and then went on to film professionally in Gulmarg in 2016 with Level 1 Productions. It will be very interesting to see that footage this Fall.

It is a Russian production, but you can definitely appreciate the quality of the footage and the beautiful imagery. It’s very well made and adequately highlights the quality of terrain in Gulmarg. The YouTube version of this video has a muted soundtrack, so definitely watch it on Vimeo.

So, now I am going to prove that I am completely biased….. This is one of The Adventure Project’s videos and it’s had a fair few views on YouTube now. It features some of the best runs we’ve ever had in Gulmarg, so it’s a pretty nostalgic video for me, I remember every single turn in there. It’s not on the list because of the production value, the quality of the footage or the skiing; it’s on the list because of the memories it gives me and hopefully the others involved. This video highlights some of the best turns and experiences that I and some of our other guides and clients have had in Gulmarg. It definitely puts a smile on my face when I watch it, which is the point in skiing and riding after all, right? Gulmarg keeps me coming back year after year and there is a good reason for that. If you watch it and it puts a smile on your face, then that would be even better.

So, that’s the list. Now there are some exceptions to the list that I haven’t been able to feature but if you are able to, go out and see if you can find some of these DVD’s or clips. Maybe you have them already, but you can find some other notable Gulmarg features in the following films:

MSP – “Seven Sunny Days” (2007) – Featuring Mark Abma and Mike Wilson hitting plenty of sidecountry booters and jumping off the old ruined hotel in Gulmarg, it lacked the big mountain skiing that would have made the segment truly memorable.

B4 Après Media – “Azadi Freedom” (2010) – Filmed by Anthony Bonello, this was an award winning independent feature on Gulmarg that was filmed over the course of a season and gave great insight into the political background of the Kashmir region. It is a movie of hope for the future, how skiing and riding is helping to return normalcy to the Kashmir Valley and is a must see.

TGR and Level 1 Productions both filmed in Gulmarg this past winter and will hopefully be including footage in their upcoming new movies in the fall. We can’t wait to see what they came out with. The Adventure Project guided the Level 1 crew in Gulmarg whilst they filmed in February and March, so it will be exciting to see what footage made the cut for their new movie. We’ll keep you posted.